Tata Communications is helping Dorna to make of success of this transition, providing enhancement to its over-the-top (OTT) streaming services.

By delivering a richer and more reliable service to fans on its OTT platform, this is another example where Dorna is able to maximise revenues by delivering content in multiple formats for different channels.

With Tata Communications high bandwidth low latency fibre network, new digital players such as DAZN are able to take advantage of the technology to provide fans with new services and options enhancing their viewing and offering in depth engagement on mobile devices. DAZN’s digital feed is transferred from the track to the playout centre at the Dorna HQ in Barcelona from where they pick it up and distribute on their live feed. 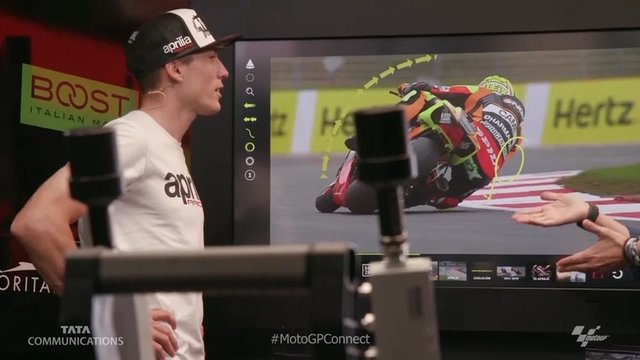 Sending the world feed over fibre rather than satellite can save significant time. This is critical in a multi-screen environment to ensure that content feeds are in as closely synchronised as possible so that the viewer has minimum lag between devices. The 40ms encoding time of the ultra-low latency encoders with the distribution latency, it means that the delay in the time that it takes the image to arrive on a fan’s digital device vs the time it takes to arrive on their TV screen is no more than blink of an eye.

Indeed, astronaut AJ Feustal watches Videopass on MotoGP.com, MotoGP’s OTT platform while living on the International Space Station. The speed and clarity with which the footage appears in space is down to the low-latency high bandwidth of the Tata Communications fibre network.